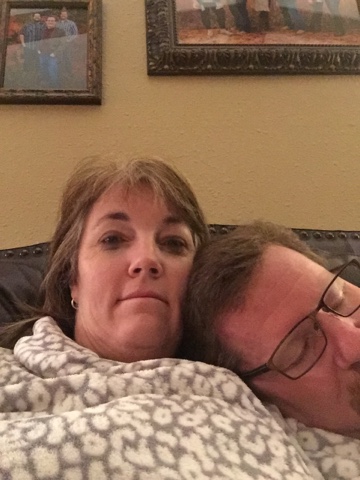 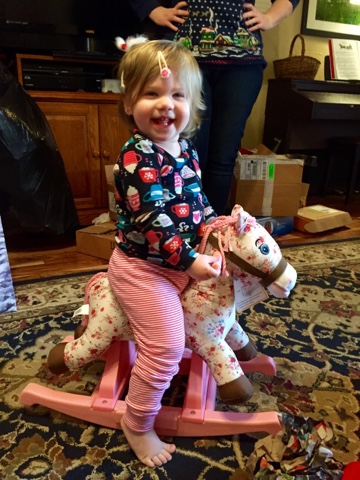 2 commen tators
Email ThisBlogThis!Share to TwitterShare to FacebookShare to Pinterest 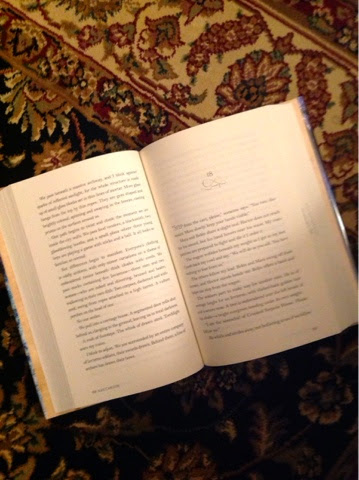 Today was a day for relaxing.  A day to do nothing, be nothing and accomplish nothing. So I opened a book (or two) and flew way on the magic carpet made of paper and ink.  Words, punctuation, white space. Dotes and lines and squiggles.  All seem to be an unlikely means of traveling anywhere in space and time.  But through the power of language I traveled far.
Today, I was the chosen one. I have the mark of God's favor on me but my family abused my innocence of its true meaning and power to use me as a political pawn.
I was kidnapped, but soon learned that my kidnappers would become my most trusted friends.
I fell in love twice. My first love was killed before my eyes when my enemy and captor sliced his throat . I can't forget how his blood covered my leather armor.  And I can't forget that he died protecting me and to ensure that I would one day be the ruler of the known world.
There are few friends for a chosen one.  Betrayal can be found everywhere.  Many want to use my power. In the beginning, I don't even know what I am capable of.  It will take months and months of hardship and trials to learn what I can do. I traveled with four companions.  Two are trustworthy--my lady's maid and the captain of the Royal Guard. (He is my second love). Two are possible enemies.  But I have learned it is sometimes good to keep your enemies close.
We escaped certain death by stealing a fishing boat to rendezvous with the brother of the captain of my guard. While sailing across the sea,  an unearthly tropical storm picked up our ship and left us on the shores of a deserted island that pulsed with the power of the ancient earth.  My companion and sometimes enemy, Storm, and I harnessed that power and brought it back to civilization with us.  It is this task that shows me he is worthy  I defeated powerful magicians and stopped the warfare between four kingdoms.
I bought a child slave out of pity and she saved my life.
We caught up with an enemy party and rescued Hector--my love, my advisor, my friend and the Captain of my Royal Guard, killing all 16 of the enemy. He was in bad shape, but I have learned enough of the power that I hold to heal his concussion, knife wounds and broken bones.
My companions and I traveled for days to cross a mountain range before the snows began.  We were only at our destination for a few days when circumstances forced us to take again and the snows underground through abandoned mine tunnels, battling fear, exhaustion, giant scorpions, and  collapsing floors, only to discover that the exit to the caves was blocked with rock fall.  Enemies trapped me in a pit that was so deep that when I fell my leg was shattered and a broken rib punctured my lung.  Luckily, another chosen one heard my cry and used his power to heal my body.
I defeated powerful magicians and stopped the warfare between four kingdoms.
I ordered the death of some traitors and the lifelong punishment of others.
I was married wearing the finest silk and the crown of the realm.
It is hard and exhausting to be queen.
Luckily, I can close the book and go back to being ordinary me.
It was a wonderful, exciting, relaxing, stimulating day.
Read Rae Carson's fantasy trilogy beginning with The Girl of Fire and Thorns."
You, too, can be queen--just open the book.

0 commen tators
Email ThisBlogThis!Share to TwitterShare to FacebookShare to Pinterest

Upon Spying a Tiny Pair of Sunglasses Amongst the China

Look!  Tiny spectacles amongst the china. And a candy kiss to!  Chocolate and red, two of my favorite things! 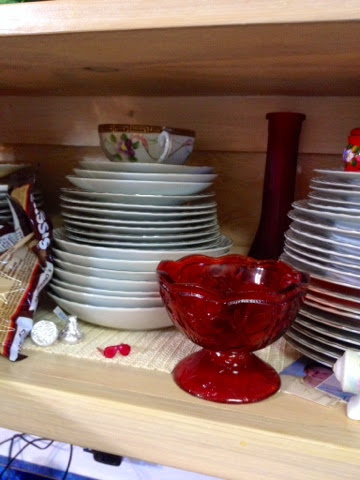 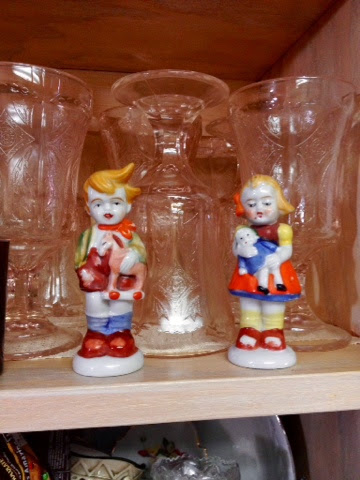 And chicks--they dig red glasses, no? 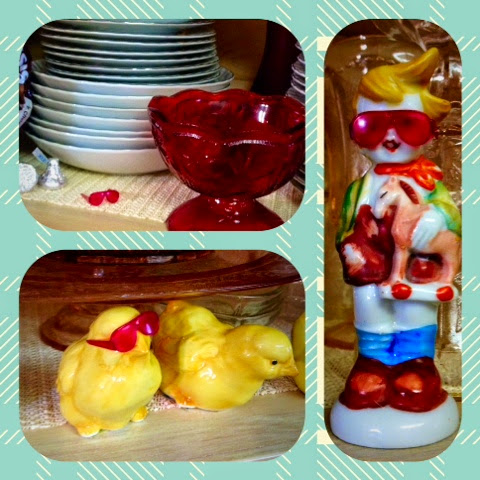 Wonder if my mom has noticed this yet!

From the Top Bunk 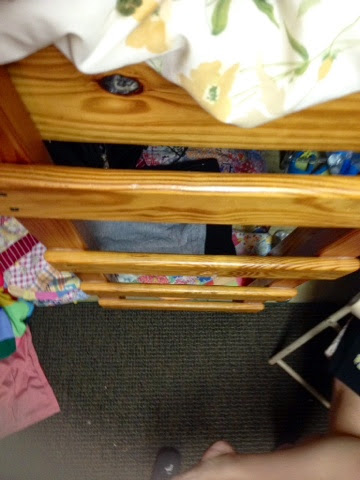 I'm once again at Falls Creek Church Camp cooking for hungry teenagers till my body is ready to collapse into bed at night.  We had a cooking staff change and I drew the top bunk this year. I haven't slept in a bunk bed since college and Not surprisingly, everyone's first thought is "will I fall off?"  There's other things to consider though.

First gear up mentally and physically to hoist your body up that ladder.  1 X 4 boards don't look so thin. Remember when you were in third grade and you scampered up and down the ladder from a bunk bed?  Yeah, well, likely your body weight has changed since then and the pain can be torturous to aged feet.

Then look at the spot on the bed that you will flop onto once you reach the top. If sadly this space has been filled  with things like your iPad, magazines and camp mail, there are two choices. Hang on by your elbows and attempt to clear a landing point or resign yourself to climbing back down to move stuff, knowing that you must go through the foot pain process again.

Have supplies handy.  Getting a tissue or lip balm or taking that nightly bathroom break is not so easy.  Be willing to wake your lower bunk mate up if everyone has been so kind as to go to sleep with the light on. Unless of course you want to climb the ladder again.

Are You Afraid of the Dark?

That moment when you come into your dark, empty (hopefully) house and you see a light in your bedroom.
And you wonder if the murderer is hiding in there or if once again you forgot to turn off the closet light before leaving for work that morning. 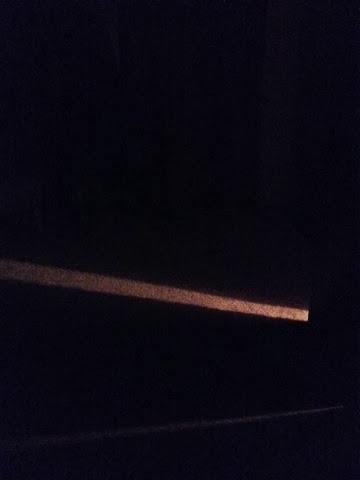